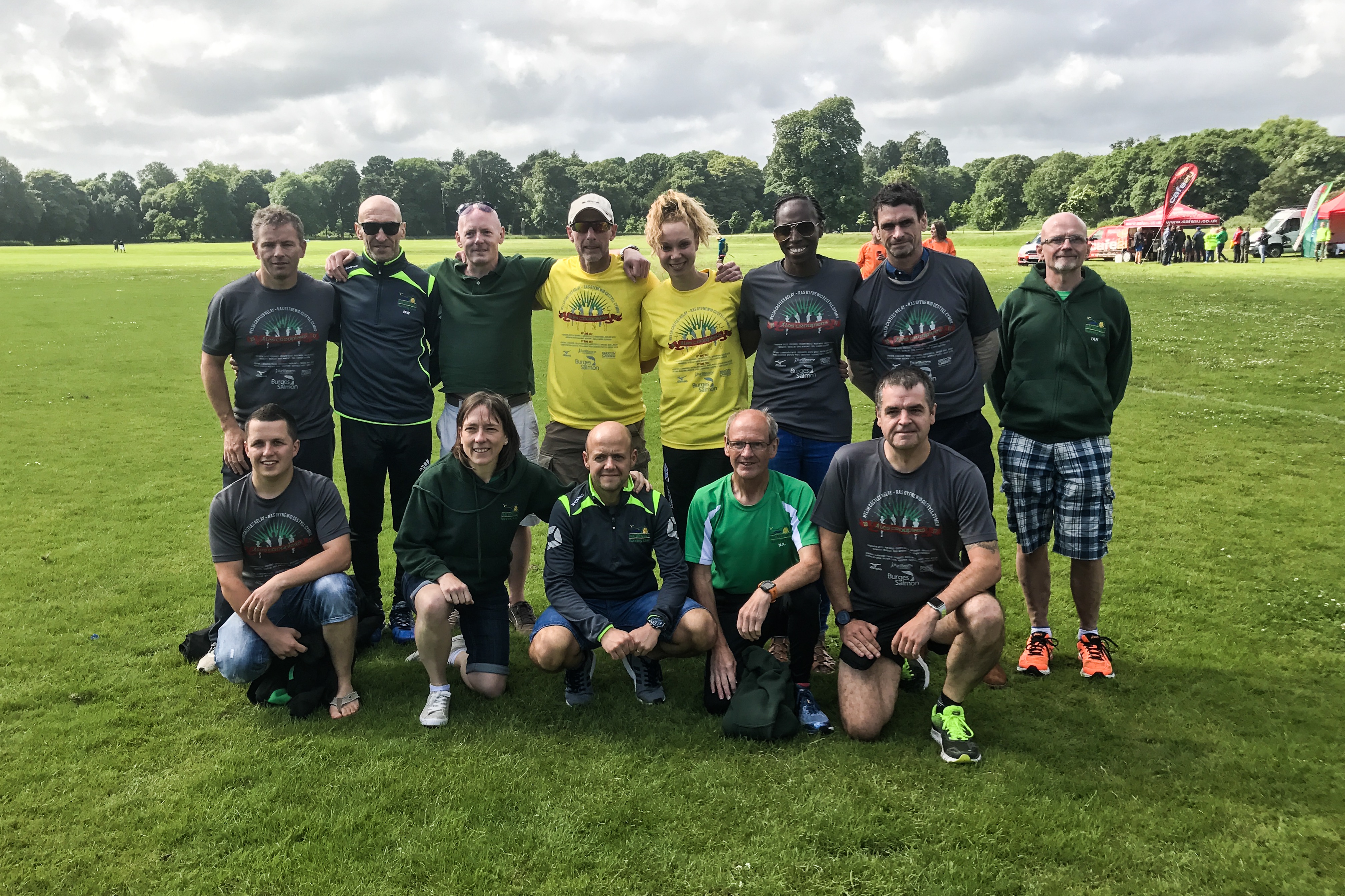 The weather for the first day of the relay was going to make each stage that extra bit challenging with rain and wind forecast throughout the day. Rachel Burr-Lewis kicked off the race with the first stage from Caernarfon Castle at 1000. Andrew Jones followed  with his stage from Penygroes to Criccieth Castle.

Damian Williams was selected for the 12.3 mile mountain stage from Criccieth Castle to Maentwrog and despite running this leg twice in the past I’m sure it doesn’t get any easier with a hefty climb towards the latter part of the stage.

Gavin Patterson continued with his 9.5 stage from Maentwrog to Harlech Castle followed by Julie Cashell who carried on to Barmouth. Unfortunately it was wasn’t ice cream weather by the time she arrived.

Darryl Cook headed 10.7 miles inland towards Dolgellau running alongside the southern edge of the Mawddach Estuary. Marc Bloomfield was waiting to attack the second mountain stage to Dinas Mawddwy. A bit of confusion meant that Marc had presumed that the mountain stages were off-road so came equipped with the wrong shoes!

Michael Cope had the 10.8 mile 8th stage onto Foel, Ian Kent the 8.5 mile 9th stage onto Llanfair Caereinion and Stephen Carter was given the honour of running the longest stage (and a mountain stage) to Newtown. Stephen had been dreading the stage all week but did the club proud with an excellent run.

I hope the ‘no fluffing’ rule applied in bed!

Simon Lewis had the pleasure of a 0700 12.3 mile mountain stage to start the second day of racing leaving Newtown and heading onwards to Llanbadarn Fynydd. This was after driving the support bus around on Saturday, driving home and heading back up Newtown! Matthew James Trinder followed with the 11.2 route to Crossgates where Ian Davies was waiting for his 10.6 mile leg to Builth Wells.

Stage 14, another mountain stage, is perhaps one of the toughest on the entire route and Sam Lewis Jones was chosen to complete the 10.8 mile route to the Drovers Arms.

Damian Caswell had the second longest stage of the relay (12.8 miles) from Epynt Visitor Centre to Brecon where Nicola Jukes was waiting to attack the final mountain stage up to Beacons Reservoir. At 8.8 miles it’s one of the shorter routes but it’s uphill all the way! This meant that Neil Lloyd‘s 9.2 mile route would be heading downhill towards Cyfarthfa Castle in Merthyr Tydfil.

Lauren Cooper ran a stormer of a leg between Merthyr and Abercynon finishing 6th overall and taking the title of 1st female.

The penultimate stage, and shortest of the relay, was run by Robert Gale (me!). Leading up to the race, and particularly on the day, I was quite nervous (as I imagine most of us were) but the nerves soon subsided when I started.

Lee Aherne was given the honour of running the last 10 mile stage from Caerphilly Castle to Cardiff and finished in Blackweir in 2nd place overall and 1st vet.

Our first Welsh Castles Relay and we finished 14th out of 66 teams and first in Gwent! You can view the full results here.

What a great weekend and well done to all that ran their best for the Green Army. A special thanks should also go out to all those that supported the team throughout weekend and to Damian Williams who did a stellar job in organising the team.